​“Private Moon”is a visual poem telling the story of a man who met the Moon and stayed with her for the rest of his life. In the upper world, in fact in the attic of his own house, he saw the Moon falling off from the sky. Once she was hiding from the Sun in a dark and damp tunnel. But the passing trains frightened her. Now she came to this man’s house. Having wrapped the Moon with warm blankets he treated her with autumn apples, gave her a cup of tea, and when she got well he took her in his boat across the dark river to the high bank overgrown with moon pine-trees. He descended into the lower world dressed in the clothes of his deceased father and then returned from there lighting up his path with his personal Moon. Crossing the borderline between the two worlds across a narrow bridge, immersed in a dream and taking care of this heavenly creature, the man became a mythological being living in a real world as in a fairytale. Each photograph is a poetic tale, a little poem in its own right. Therefore each picture is accompanied by my own verse, which I wrote when I drew my sketches for the photographs. So it turns out that the Moon overcomes our loneliness in the universe uniting many of us around it.”
Leonid Tishkov 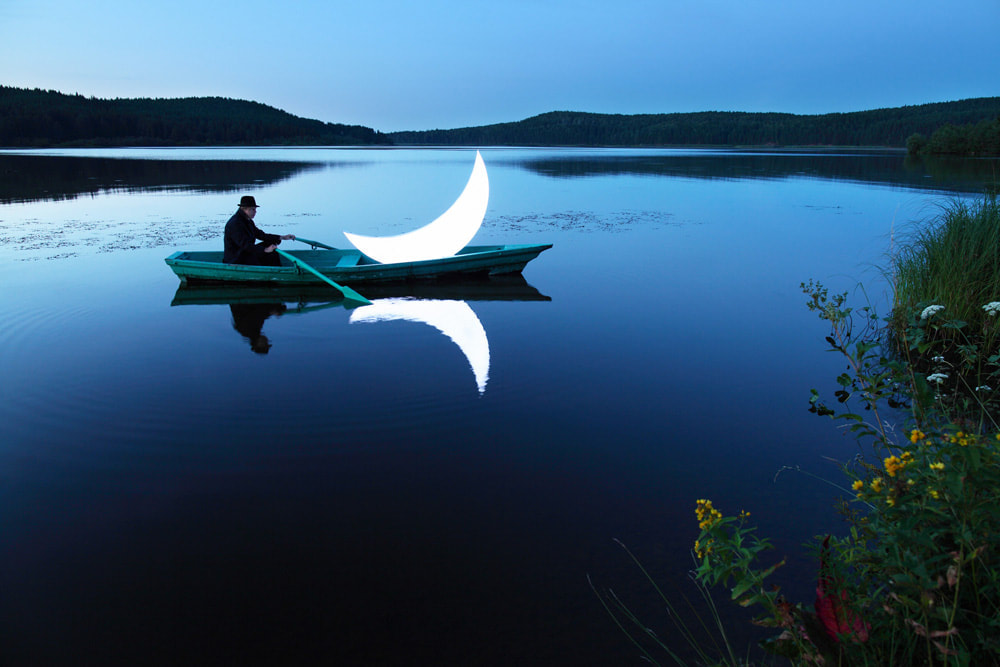 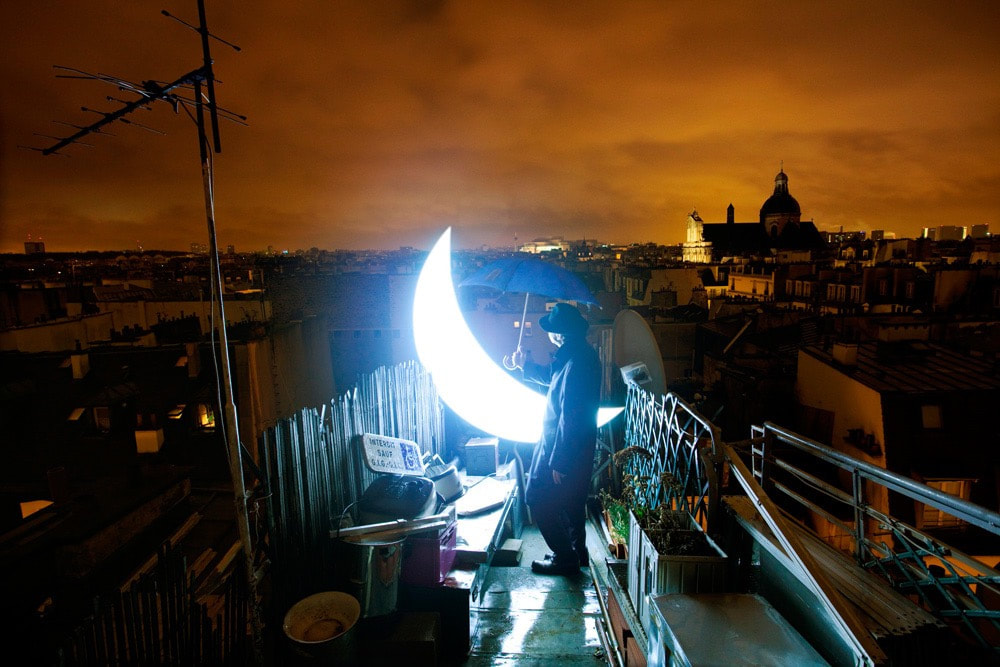 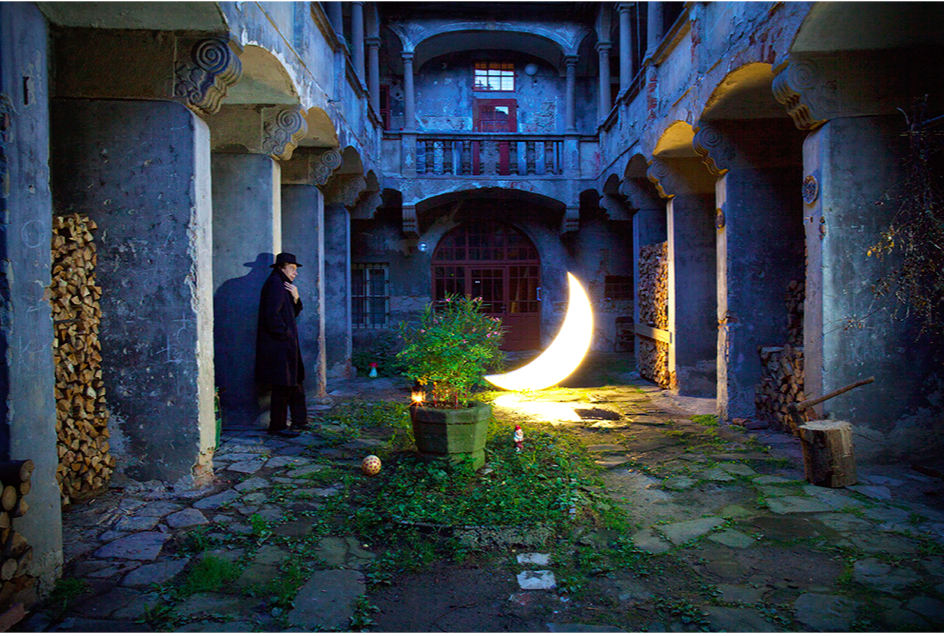 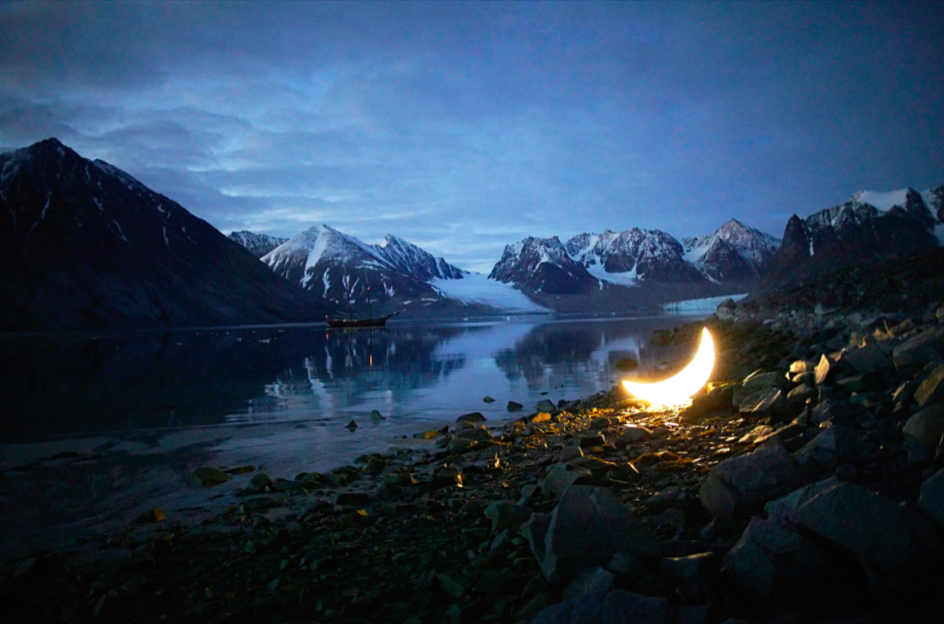 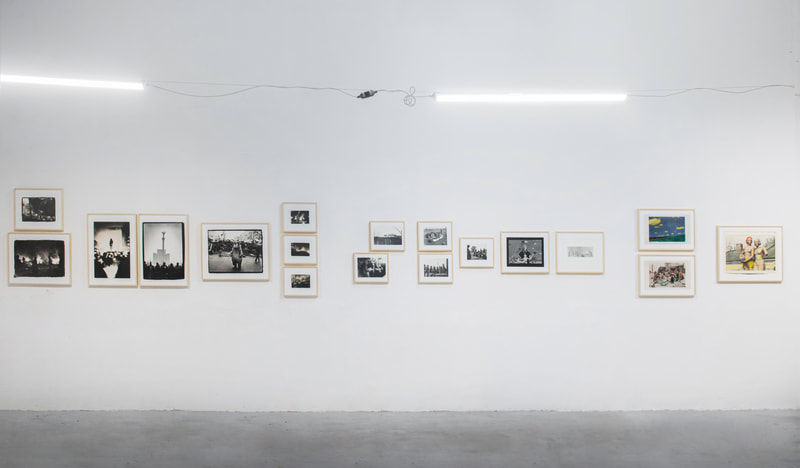 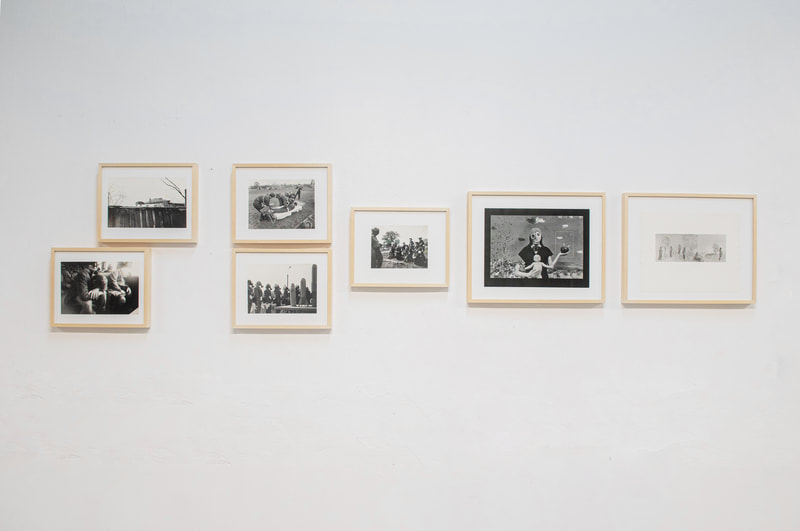 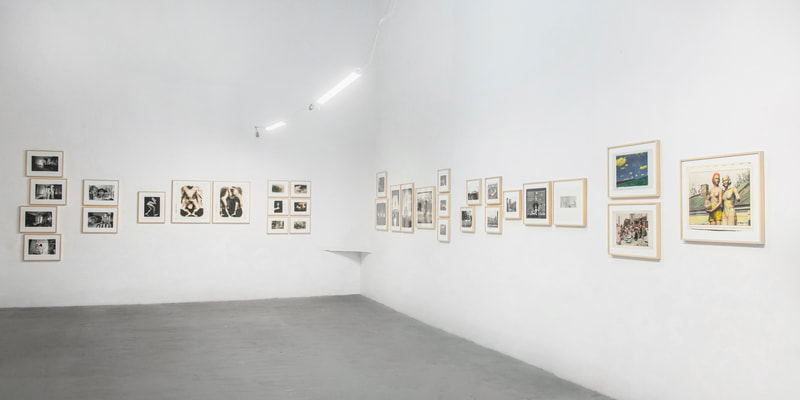 "Ladomir" album, 2006
​
"Ladomir"  is  devoted to an important futurologist and poet of the 20th century, Velimir Khlebnikov, as well as other avant -guardists: artist Kasimir Malevitch, scientists Konstantin Tsiolkovsky and Alexander Tсhijevsky and finally  philosopher Nikolai Federov.
In the year 1921 Chlebnikov wrote the utopic poem Ladomir about a world of perfect harmony bringing together people of different upbringings, religions and longings. United for a better future they build a new shiny world. At the same time, the inhabitants of Ladomir are prototypes for the chairmen of the “Council of Earth”.
Drawing of "Ladomir" album represent Malevitch’s “Architectones”, Tatlin’s towers and Popov’s aerials;  the town is surmounted by the golden nest house, planes and “flying Tatlins”. It is a fragile, poetic world which stayed a futuristic dream after the Russian Revolution, its volatileness may remind us of a possibility of another, ideal world. 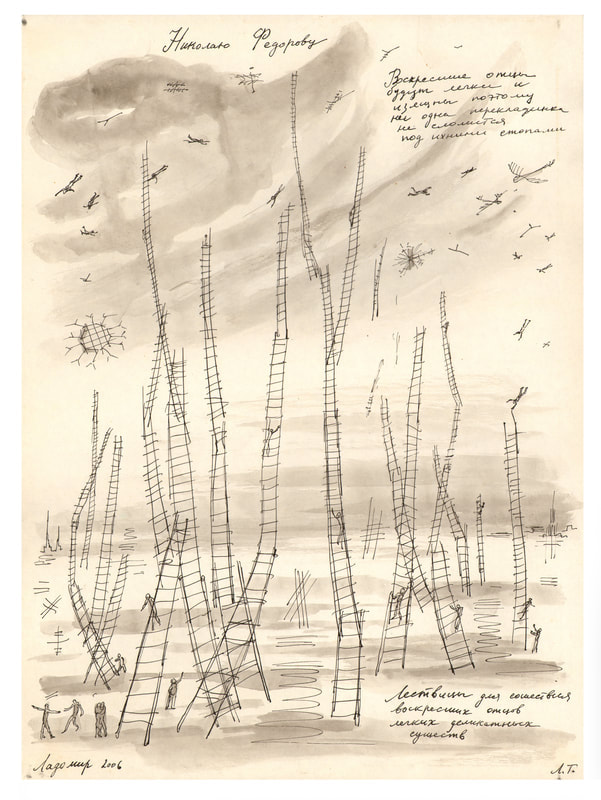 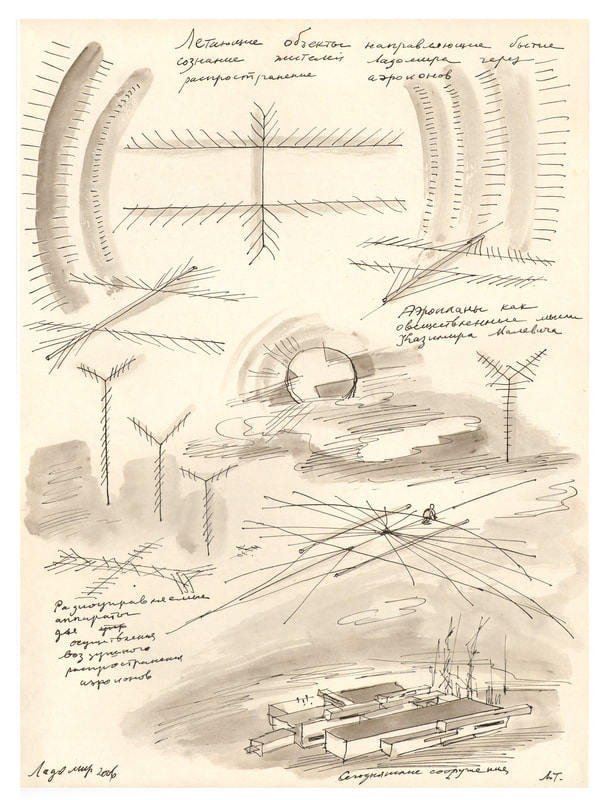 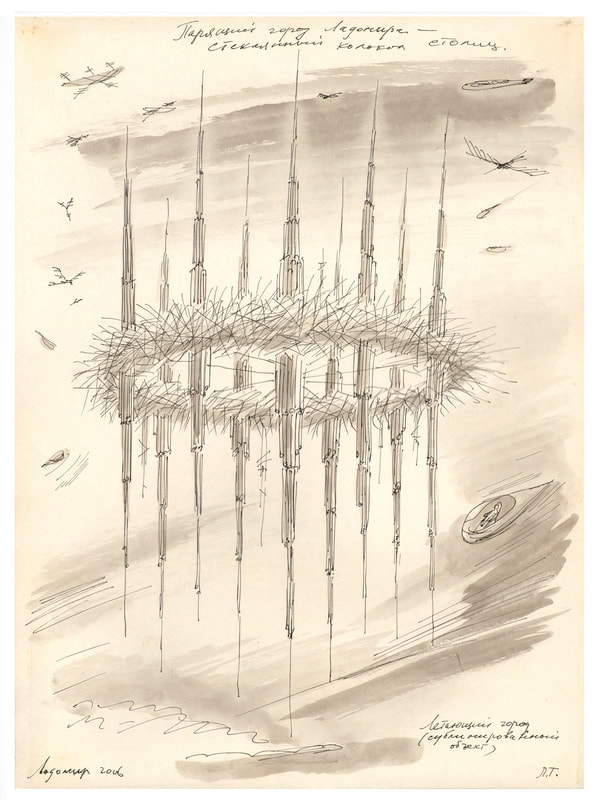 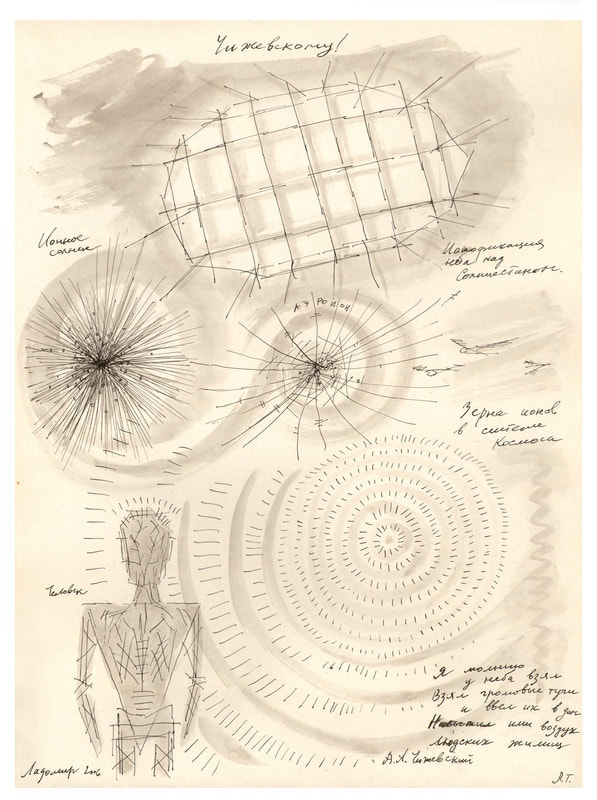